Cicatricial alopecia is caused by the destruction of hair follicles and their replacement by scar tissue, leading to permanent loss of the hairs. 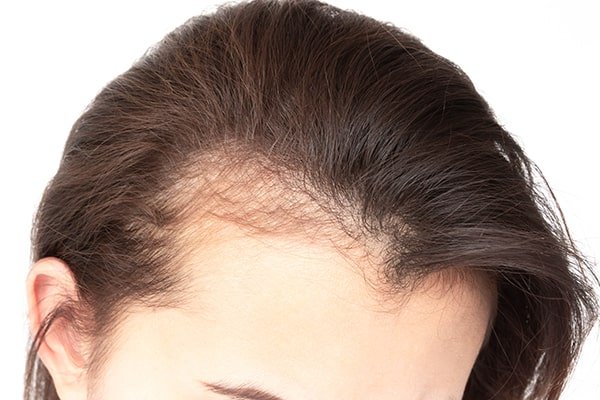 Cicatricial alopecia occurs in both men and women of all ages, who are otherwise healthy.

The inflammation that destroys the follicles is located below the surface of the skin and the scar is not visible. Affected skin usually has redness, scaling, and increased or decreased pigmentation.

Depending on the picture of the Trichogram, Cicatricial Alopecia is classified in: 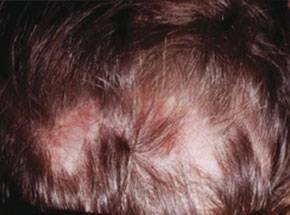 In which the cause is endogenous, usually an inflammation that targets and destroys the hair follicle. The most common form of primary cicatricial alopecia are lichen planus (follicular lichen) and discoid lupus. 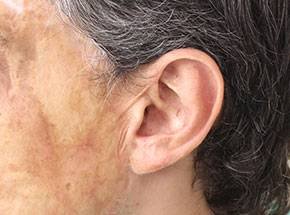 In which the cause is exogenous, e.g. trauma, inflammation, injury, burn, traction or neoplasia.

Based on the causes, cicatricial alopecia is classified in:

What is the most common cause of Cicatricial Alopecia?

Discoid lupus erythematosus (DLE) is the second most common form of cicatricial alopecia. The cause is autoimmune. The clinical picture of this type consists of circular red inflamed patches that unite to form white atrophic scars. Biopsy and direct and indirect immunofluorescence confirm the diagnosis of cicatricial alopecia due to discoid lupus.

Which conservative treatments are available?

The choice of treatment due to follicular lichen is hydroxychloroquine, which has very good results in the stabilisation of the damages. Other medications used for this form of cicatricial alopecia are topical and systemic steroids, calcineurin inhibitors and in advanced cases, azathioprine.

Can Hair Transplant be applied?

In small and stable patches of cicatricial alopecia due to lichen planus or discoid lupus erythematosus, transplantation can be successful and has been applied in our clinic in several cases with very good results. In this case, the first step is to set a secure diagnose of the cicatricial alopecia, i.e. to ascertain that it is due to follicular lichen and to exclude the possibility of alopecia areata. Next, the history of the damage is analysed and a conservative treatment is administered.

In the case of old lesions of relatively small size, which have remained quite stable or have a very slow development, a test session with FUE hair transplant is suggested, during which a few dozens of follicles are implanted in a specific part of the affected area, and pictures are taken. During the months after the hair transplant session, the patient is re-examined in order to assess the growth of the new hairs and to establish if there has been any reactivation or expansion of the lichen planus patch. If the hair growth is satisfactory and there is no picture of expansion of the follicular lichen, a normal hair transplantation session with FUE method can be performed in order to cover as much of the affected area as possible.