Minoxidil fights hair loss by inducing vasodilatation and by increasing the blood flow to the scalp. 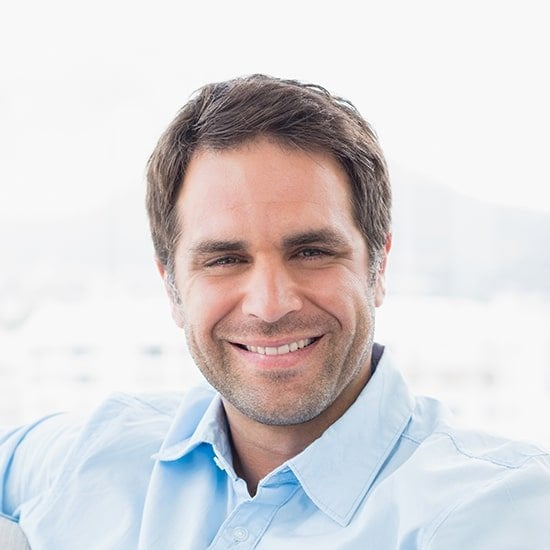 Hair loss treatment with minoxidil is one of the few drug-based treatments with proven results in hair loss and is being safely used for more than 20 years, worldwide. It is used as a lotion once or twice a day and has very good results in both male and female androgenetic alopecia and other forms of hair loss.

It is approved by the National Organization for Medicines (EOF) and the FDA (USA). Besides male pattern (androgenetic) alopecia, hair loss treatment with minoxidil is also an option for other forms of hair loss such as normal seasonal hair loss, telogen effluvium, hair loss due to endocrine and hormonal disorders, and spot baldness (alopecia areata). It is also a necessary part of therapy after a hair implantation has taken place, either with FUE or with FUT (Strip) technique, to optimise the results. Moreover, after hair transplantation, minoxidil plays a very important role in the maintenance of the existing hair on the receptor site, and in the avoidance of the shock loss phenomenon.

Minoxidil fights hair loss by inducing vasodilatation and increasing the blood flow to the scalp, thus prolonging the anagen phase of the hair. After 2-3 months of treatment with minoxidil, the rate of hair loss is significantly reduced, while a certain amount of hair that had recently passed into the telogen phase grows back. According to several scientific studies, hair loss treatment with minoxidil has shown to be effective in more than 90-95% of the patients who used it. This number relates to about 60-65% of patients who observed hair growth and reduction of the bald portion of the head, and approximately 35-40% of patients who observed stabilisation of bald areas and reduction of hair loss.

When minoxidil treatment is being combined with finasteride or LLLT hair loss treatment (Low Level Laser Therapy) the results are enhanced.Younger patients and those who are still in the early stages of hair thinning, appear to demonstrate better results after treatment with minoxidil compared to older patients with established baldness for several years. Minoxidil can also be safely used by women, with equally good results. In recent years, chronic hair loss treatment with minoxidil 5% is combined on an increasingly frequent scale with Hair Loss Treatment with autologous growth factors.

To whom is the treatment with Minoxidil indicated?

Minoxidil can be used without problem in conjunction with either vitamin supplements or neutral pH shampoos for sensitive hair. There are also specialty shampoos against hair loss which can be combined with the use of minoxidil without any side effects.

What is the recommended dosage?

Minoxidil is used in the form of a lotion or foam at concentrations of 2% and 5% which is applied locally to the scalp. The 2% solution is commonly used by women or in cases where local irritation of the scalp appears after use of the more concentrated solution of 5%. Usually 3-4 sprays twice a day are recommended on the dry area of the scalp that presents hair loss. The application of the lotion or foam should be accompanied by mild skin massage for better absorption.

Minoxidil foam with a 5% concentration is currently used widely, because it is easier to use and causes much less irritation than the minoxidil solution. If used daily, it will take 2-3 months for the first results to become visible. Minoxidil can be safely used on a long term basis.

Are there any side effects?

The most common side effect of minoxidil is local irritation of the scalp, which may be accompanied by itching, redness, heat sensation and local dry skin. Also, hypertrichosis can be observed in unwanted areas such as the face, ears, etc., especially in women. In chronic use, there a small likelihood of increase of the level of liver enzymes (transaminases), due to the hepatic metabolism of minoxidil. However, in any case, topical use of minoxidil is safe and even if adverse effects occur, dose reduction or discontinuation of the therapy suffices to make these disappear.

What happens if I stop the treatment with Minoxidil?

Hair loss treatment with minoxidil should be lasting, in fact, as long as the problem of hair loss persists, which in the case of androgenetic alopecia is practically a lifetime Discontinuation of the treatment with minoxidil will lead to reversal of the results in a few months’ time. Contrary to earlier beliefs, it is now considered that stopping the use of minoxidil for a continuous period exceeding 15 days will cause the hairs that have benefited to pass into the telogen phase, resulting in intense hair loss 2-3 months after discontinuation of the drug.

How is the treatment with Minoxidil applied in Advanced Hair Clinics?

At Advanced Hair Clinics, the hair loss treatment with minoxidil 5% starts 7-10 days after the hair transplant session as an integral part of our post-operative protocol, in order to safeguard the existing hair and achieve faster growth of the transplanted hair. It should be noted that, according to scientific studies, the use of minoxidil after hair transplantation with FUE does not affect the final result of the transplantation, i.e. the number of hairs that will eventually develop.

However, it does appear to significantly reduce shock loss of new hairs during the first two to six weeks after the operation, as minoxidil prolongs the anagen phase of the hair cycle, thereby speeding up the results of hair transplantation.